This blog is dedicated to the idea of creation of a new European Megacity, the so-called Euroarcology, capable to not only face challenges and opportunities brought by globalization and technological progress, but also take full advantage of them, and fit into the growing fabric of the world's urbanized civilization.

The city is to be located in the fast-growing region of Central-Eastern Europe. Three major factors will create pillars for this city of the future:

1. Global In Nature. The main daily language of the city should be English and only English (which sometimes sounds as a heresy in continental Western Europe, thus hampering appearance of truly international hub-cities there). The city will be outside of national boarders, and thus, it will not be fenced by the iron wall of the EU-imposed visa/bureaucratic regulations which isolate it from the best-skilled workers from the rest of the world. With Polish and Hungarian accession into the Euro area the main currency inside of the city will be the Euro.

2. Environmental Friendliness. The city will be based on principles aimed to dramatically reduce the use of the main urban polluter - carbon-driven transport. It will also incorporate other technological achievements that can help to better manage wastes, noise pollutions, other harmful byproducts of human habitation.

3. Innovative Infrastructure. This is not a 2-, but a 3-dimensional city that goes beyond conventional comprehension of how Megacities live. Reduced commute times, no traffic problems, no constraints coming from infrastructural skeletons of hundreds-years old cities. And a fantastic view from virtually every window inside of the city.

The city is to be built on the crossroads of three Central-Eastern European countries: Poland, Ukraine, and Belarus. Each of those countries will need to allocate parts of their territories to the city area, providing it with exterritorial status. This status will ensure that the city remains beyond national boarders, as well as customs, tax, and legal regulations of the founding nations.

Poland, Ukraine, and Belarus are three countries which once created integral parts of a bigger united federation, called The Republic (Rzeczpospolita), that was one of the fist on the European continent to proclaim principles of liberty and economic equality, those principles that were realized in creation of the United States of America.

The new Megacity will be located here: 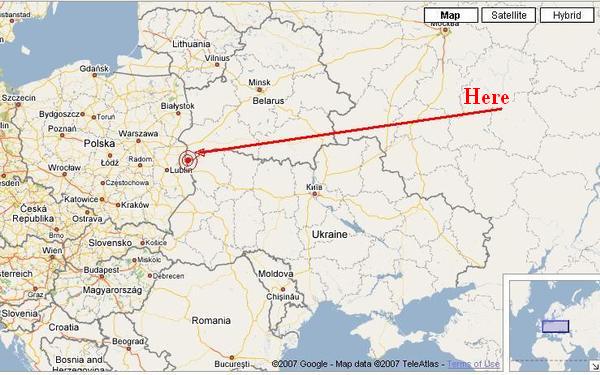 After the fall of supra-national empires in continental Europe and their by-products of fascism and communism, Central-Eastern European (CEE) countries are reemerging as one of the key world growing regions.

Detailed maps of the area: 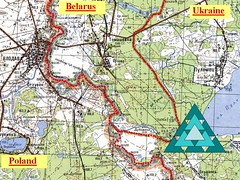 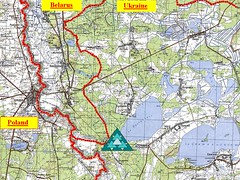 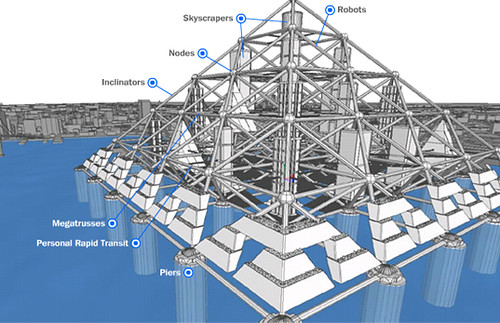 The idea of a Pyramid City Arcology in Central-Eastern Europe (Euroarcology) follows footsteps of a project to construct a massive 3-dimensional city-pyramid in the Tokyo Bay (see 5 videos in the comments to this post). The Japanese project became known as Shimizu Mega-City Pyramid.

It is exactly this kind of a city that has to be constructed in Eastern Europe to boost its regional development. 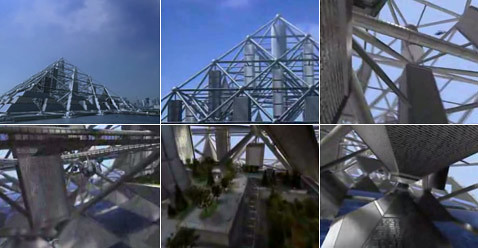 Such a city of the future is a so-called arcology - a construction built along architectural design principles aimed toward creation of enormous habitats (hyperstructures) of extremely high human population density. The word "arcology" derives from a combination of "architecture" and "ecology", and refers to what architect Paulo Soleri calls a "hyperstructure": a self-contained structure containing a variety of residential and commercial facilities, possibly economically self-sufficient.

There are various types of arcologies, but the Shimizu Pyramid City Project in Tokyo is one of the most advanced and incorporates the whole set of innovative solutions: starting from special robots to construct those pyramids... 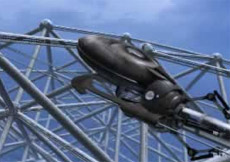 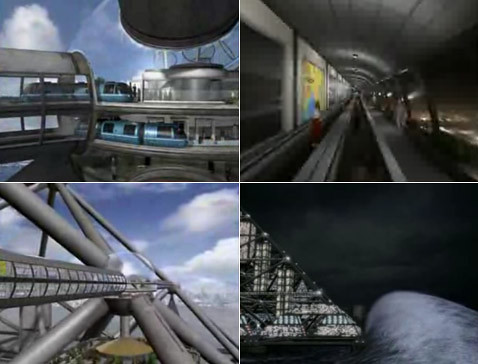 Another key element of the proposed city is an ultra high speed metro that will connect it to five largest CEE capitals. In a way, five Central-Eastern European cities will turn into boroughs of a bigger conglomerate united by the Megacity's arcology.

To achieve this a special ultra high speed transport system will need to be implemented. This system will follow ideas proposed in the project called Swissmetro. 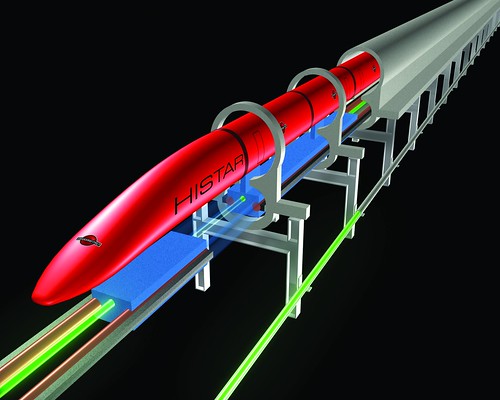 Swissmetro is a futuristic Swiss national transportation project, based on high-speed maglev trains traveling in low-pressure tunnels at about 500 km/h.(Wikipedia) This project was purposed to link scattered Swiss cities into a better connected urbanized area, when you can well live in Geneva coming every day to work in Zurich. Likewise, this technology is the best tool to implement the proposed Megacity into reality by connecting it to largest surrounding capitals. (You can learn more about technology behind Swissmetro on its website). 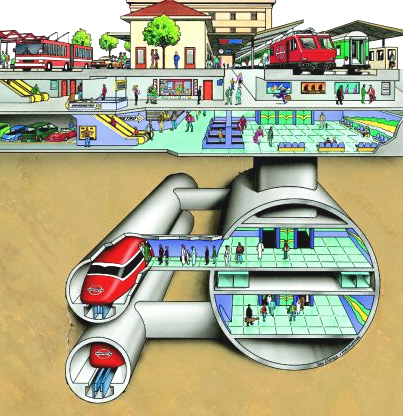 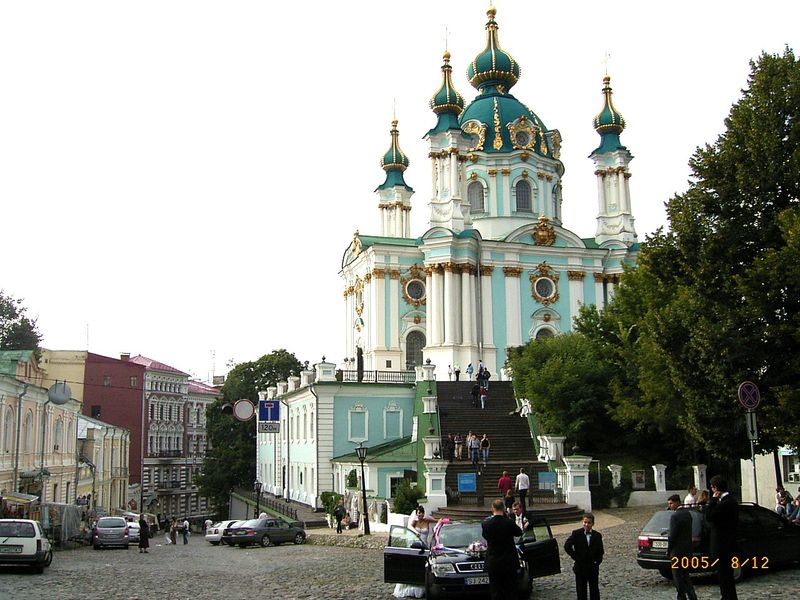 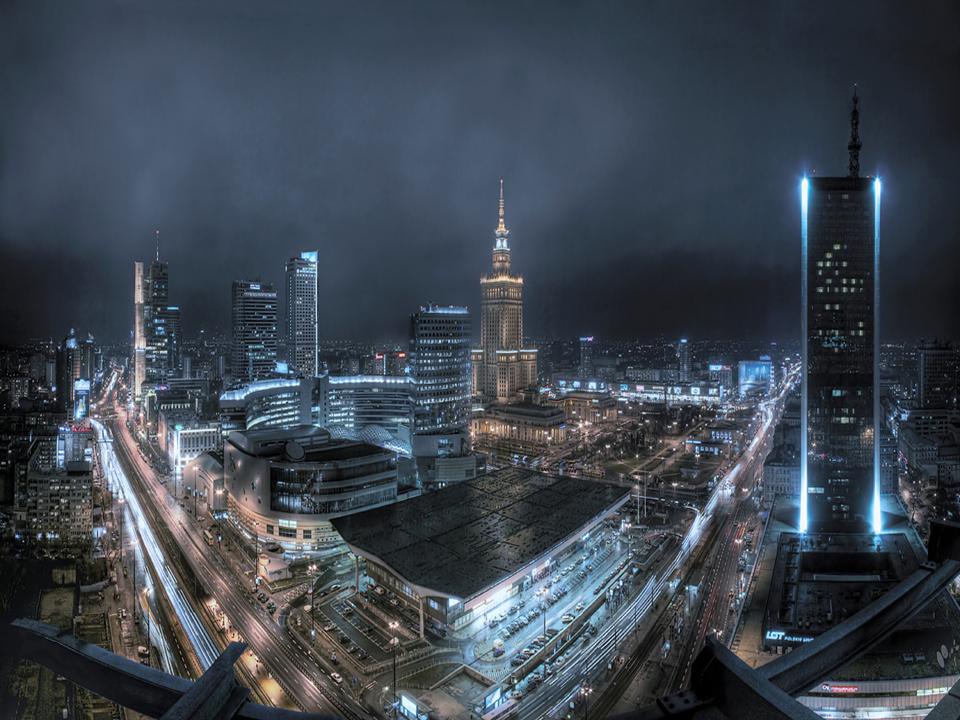 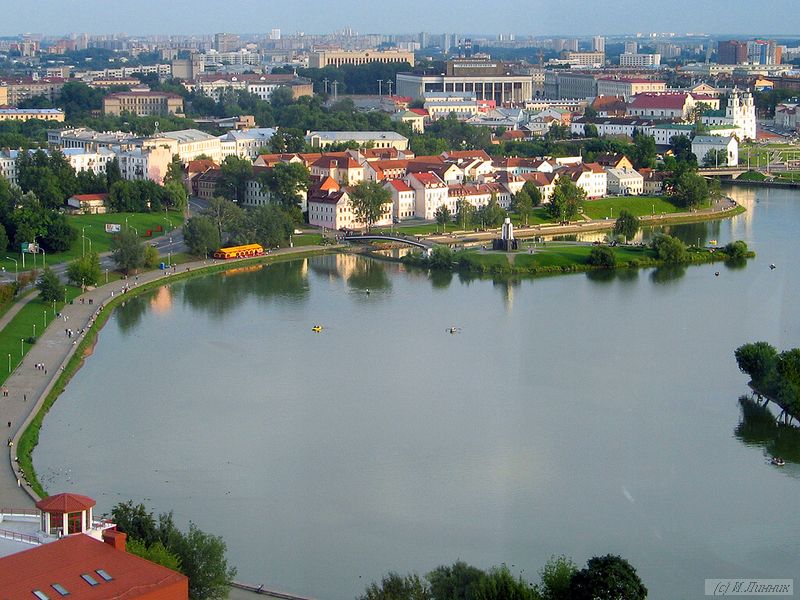 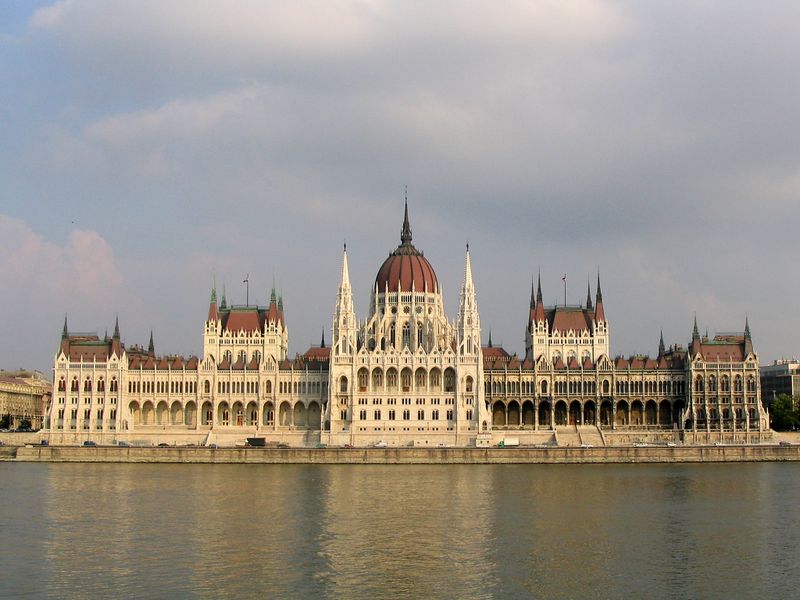 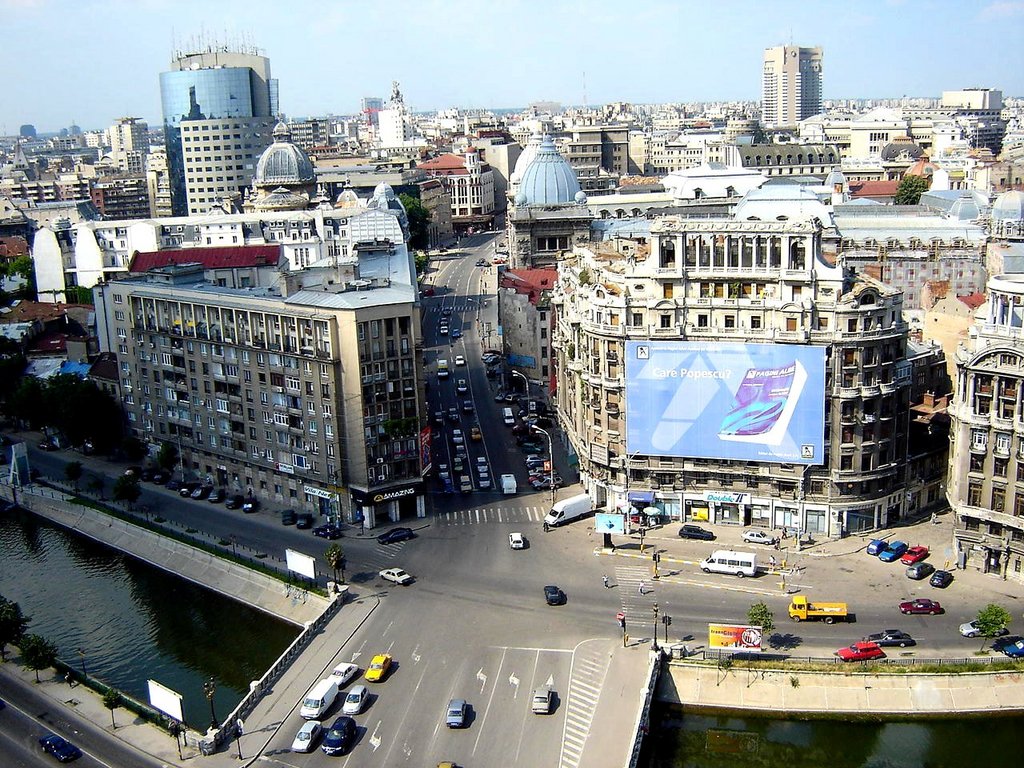 If you like the proposed idea of the Euroarcology, or you have questions, corrections, suggestions, or other ideas around it, please feel free to leave your comments in any of the sections above, or link to this blog from other places on the web. And even if you reject the discussed idea as a whole, or want to criticize any of the mentioned points, you are very welcomed to express those feelings here.

After all, it is only because we have discussions like this one new ideas start to penetrate our societies and contribute to advance of the human civilization. True, implementation of the Euroarcology depends on variety of bigger factors: acceptance of Poland and Hungary into the Euro area, change of the current stagnant regime in Belarus, overcoming of elements of ultra-nationalism in all countries of the region, etc, as well as the most important question - the question of money.

However, all these questions belong to the "doable" and even "expectable" categories. Even the question of the funds needed can be solved using various mixed forms of financing, and creation of a system that can grow and develop with time passing by. For this reason, the conversation should go on in order to help us generate the best ideas by the time our society puts them to a good use.
Collapse